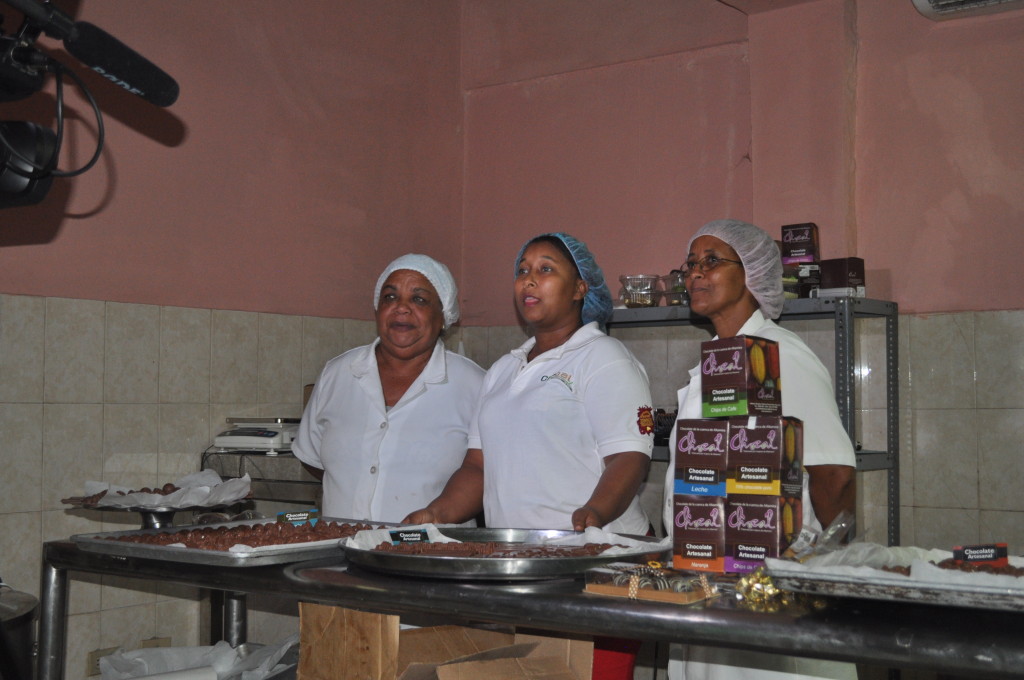 I have been working with a local production company called the My Long Island TV Show for many years. They produce a television show for Verizon FiOS1 that airs on a daily basis. The Producer, Waldo Cabrera, and I have become close friends and frequently have strategic business discussions about how to evolve and grow our businesses.

During one of our business strategy chats, Waldo happened to mention that his family (who reside in the Dominican Republic) owns a 100+-year-old organic cacao farm close to Puerto Plata, Dominican Republic. I was shocked as he had never mentioned this and he knew that I had just traveled over 3,500 miles to the jungles of Belize to learn about cacao and chocolate making (one of my passions!).

Cacao and The Dominican Republic

So, within a few months, we planned an excursion to the Dominican Republic centered around touring, videotaping and learning about the organic cacao farms, chocolate making, and capturing some other culturally focused footage to support the television show.

I knew very little about the Dominican Republic and came home with a wealth of knowledge about the country, its challenges, agriculture, economy, immigration, tourism, and people. Waldo’s cousin, a local fireman and business man who oversees their cacao business, planned many of our excursions, especially the chocolate-related ones. A visit to a bean to bar chocolate maker turned into an inspirational story about creative women chocolate makers that were leading the path for women business owners in the Dominican Republic.

We visited CHOCAL, a women-owned chocolate business. CHOCAL’s existence came about through the women’s involvement in the Rural Women’s Self-Management Network (REMURA) and the Mountain and Health Development Foundation (FUNDELOSA). FUNDELOSA was founded in February 1991 with a mission “to contribute to sustainable integrated human development through awareness, organization and citizen participation in the knowledge and transformation of reality.”

FUNDELOSA funded 30 women from the rural region of Altamira in the Dominican Republic who decided that the economic welfare of the family was a task for everyone, not just the men. The result of this initiative was the Altamira Basic Chocolate Association or CHOCAL.

CHOCAL gathers cacao from farms in the Altamira Region of the Dominican Republic. Cacao is the plant that produces cacao beans which are used to make chocolate. These women have setup a production facility to produce chocolate from cacao bean to chocolate bar.

The chocolate bars that they produce are currently sold throughout the Dominican Republic in grocery stores, hotels, and tourist-related businesses. In addition to their chocolate bars, the women produce chocolate wine which is derived from the white pulp that covers the cacao beans inside of the cacao pod.

Waldo Cabrera, my friend and producer of MyLITV.com, was born in the Dominican Republic. Waldo grew up drinking chocolate. And the chocolate that he drinks is not like the hot cocoa that is consumed in the US. The drinking chocolate is made from pure cacao. Hot cocoa is very sweet and full of sugar. Cacao has a bittery taste and has several positive health attributes.

During our conversations, CHOCAL revealed that they produced more income through the tourist-related businesses that were selling their chocolate bars vs. the local grocers. This made a lot of sense based on Waldo’s knowledge of the Dominican culture.

The women of CHOCAL were inspired to contribute to their region’s economy. They were in the process of fine-tuning their bean-to-bar chocolate production process.. Agriculture was once the highest contributor to the Dominican Republic economy. However, tourism services now make up the largest percentage of the Dominican economy. Supplying to the tourist-related businesses is a huge market opportunity for CHOCAL.

Since this week is all about kale lentil soup, let

In a friend’s hoop house- beautiful variety of k

Last 3 weeks of winter season plant-based, oil-free soups! Kale Lentil Soup orders need to be in by Saturday for pickup next week! Order @ heartbeetfarms.com, by the quart and can be frozen!
…

Since this week is all about kale lentil soup, let’s tempt you with harvesting some fresh, organically grown kale- oh so good! Kale is one of my favorite veggies to harvest and I love the fact that, when taken care of, a kale plant will keep producing all season long!
…