The HeartBeet Farms Mobile Farm Stand visited every Long Island YMCA during the summer of 2017 to help connect families to real food!

Every Tuesday, beginning July 11, we visited one Long Island YMCA location from 10AM-2PM, and met with YMCA campers to teach them about the veggies and fruits we grow.  They not only learned about 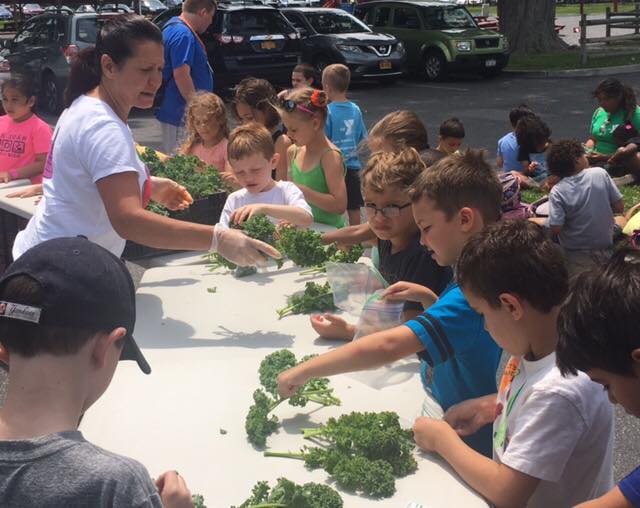 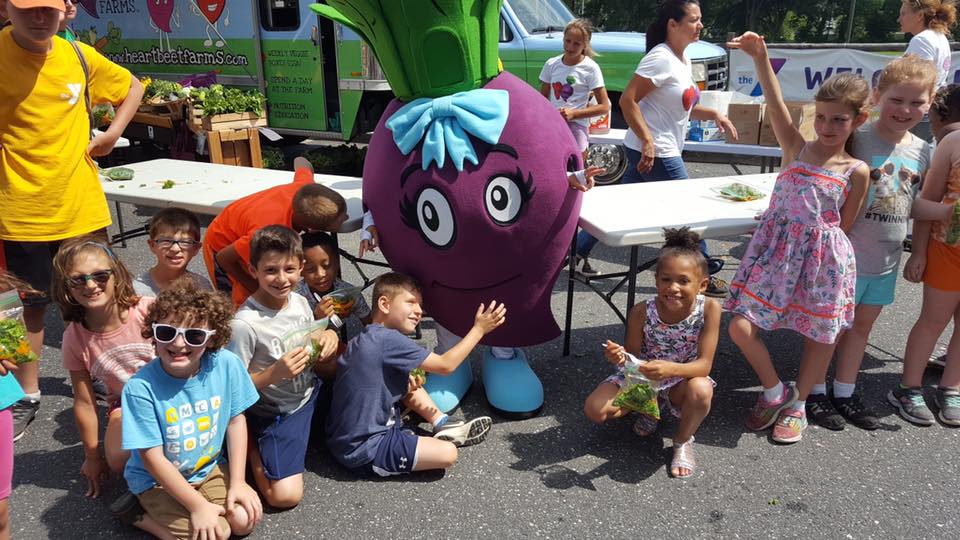 ation from 10AM-1PM.  This gave YMCA clients a one-stop healthy shopping experience right outside their YMCA and an opportunity to purchase organically grown produce!

YMCA members with valid YMCA membership cards, received 10% off their purchase of $20 or more in produce!

And, most importantly – our mascots Heart & Beet greeted the kids & families!

“It’s been a pleasure and a real added benefit to have you visit our camps this summer.”  Anthony Montalbano, Vice President, Strategic Initiatives, YMCA Long Island

Locally-Grown Produce and Nutrition Education Comes to Camp – “As part of its “Connecting Families to Real Food Program”, the YMCA of Long Island has been partnering with HeartBeet Farms to offer a program designed to teach children and families about nutrition and organically-grown produce across Long Island. HeartBeet Farms has been visiting YMCA locations across Nassau and Suffolk to connect young campers to where their food comes from. Summer Day Campers will also learn about the health benefits of produce grown by HeartBeet Farms. In addition, thanks to a partnership with the United Way of Long Island and Nature’s Bounty Foundation‘s Healthy Kids Healthy Families Initiative, aimed at improving the health and well-being of culturally-diverse children, campers have the opportunity to taste test multiple items in addition to learning how to make a kale and carrot salad.”  2017 YMCA Summer Day Camp Edition, President’s Newsletter, Anne N. Brigis, President & CEO, YMCA of Long Island. 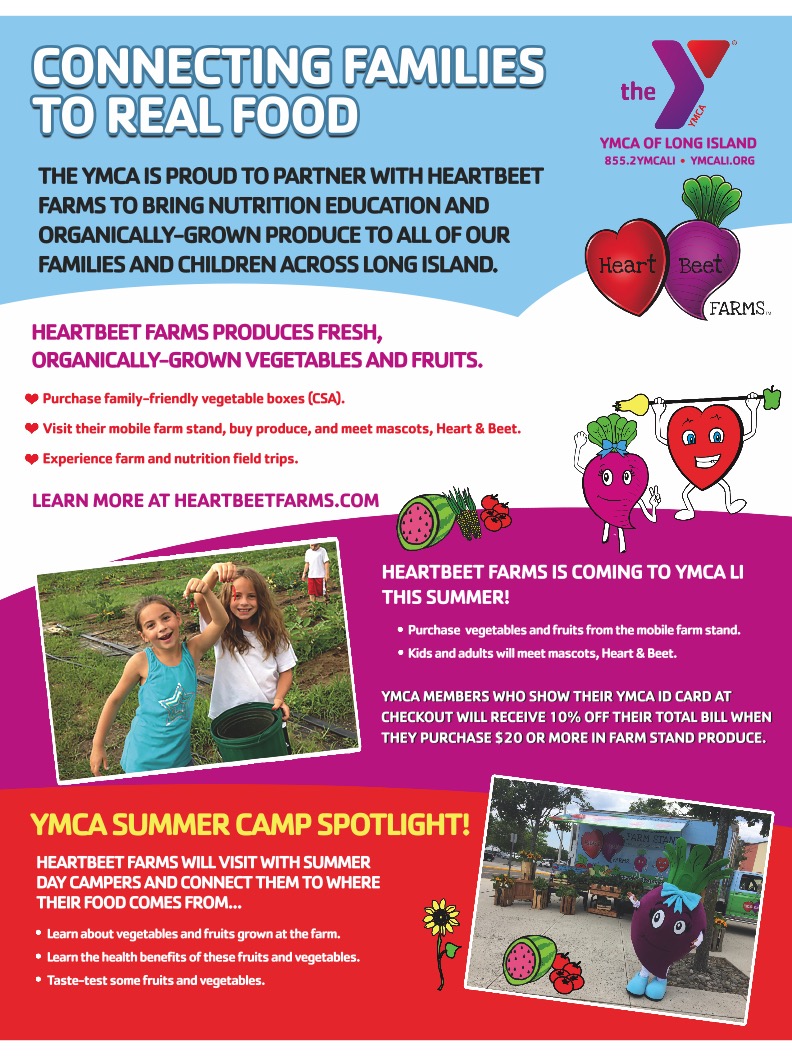 Two Nutty Sisters…you have to meet them and try

I have the following assortment of harvested veggi

Nothing compares to local honey when it comes to q

It's been a super hot week and today is no differe

Who can resist the refreshing taste of freshly squ

Now more than ever before…support your local bus

Big Nenas Kitchen is joining us this Thursday, 4-7

The 4th of July is in 2 days! Shop the Smith Have

Check out all the delicious breakfast, lunch, dinn

Join us today on this ‘cooler’ sunny day at th

For Month 2 of the Smith Haven Mall Farmers Market

Share on FacebookShare on TwitterShare on Linked InShare by Email

I have the following assortment of harvested veggies: kales, yellow squash, zucchini, cucumbers, string beans, sweet and hot peppers, and tomatillos. What plant-based meals can you suggest from this assortment? Oh and I have some superfood salad mix microgreens from @longislandmicrogreens as well! All ideas are welcome! …

Share on FacebookShare on TwitterShare on Linked InShare by Email