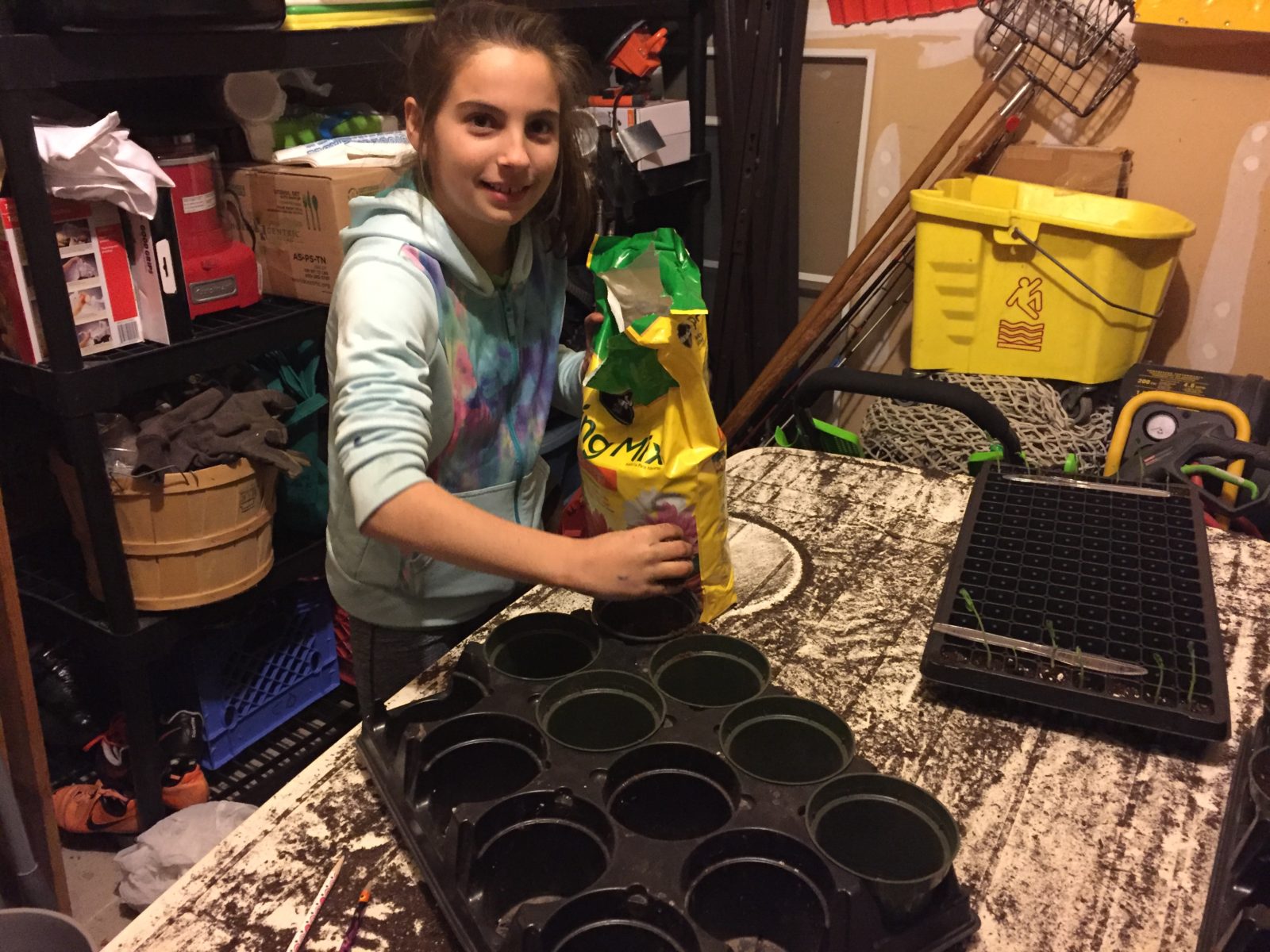 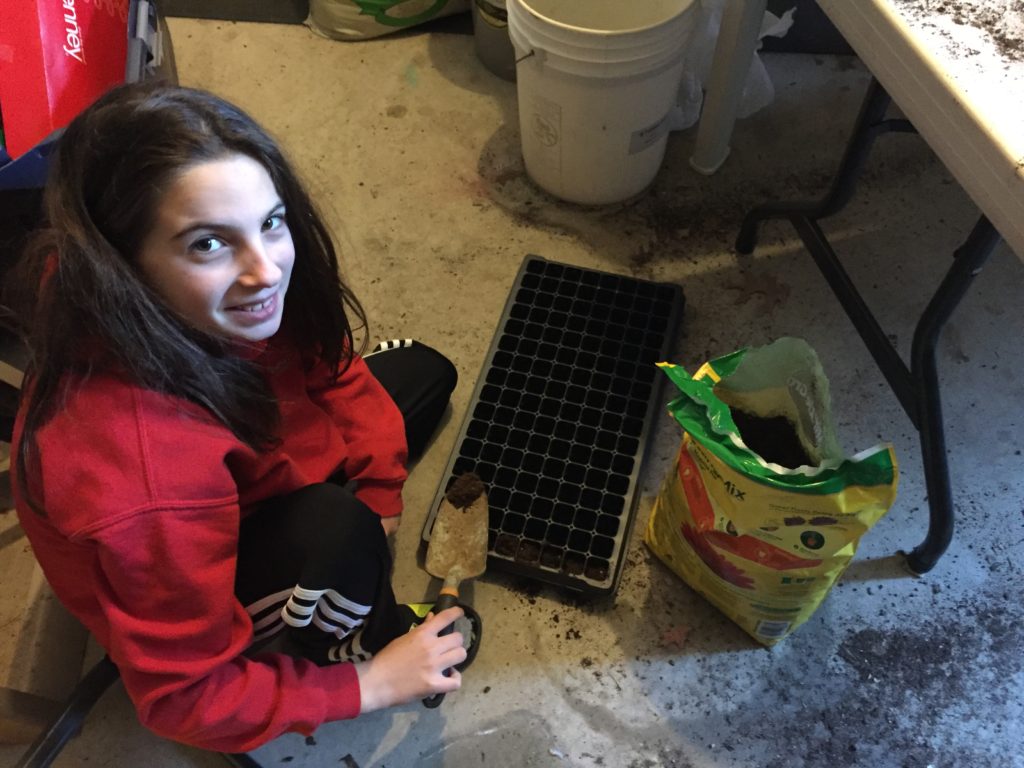 It’s that time of year again when elementary Science projects are almost due!  Since I have been attending soil classes and talking about farming for the last several months, my 4th grader, Abby, decided to do a plant-related science project.  I purchased some organic pea seeds from Johnny’s Seeds.  She planted 8 seeds in Miracle Gro, a synthetic fertilizer, and 8 seeds in McEnroe Organic Farm Potting Soil (with some McEnroe Lite on top).  Her goal is to observe the speed of growth of the plants in each soil, the number of seedlings that actually develop in each soil (out of the 8 seeds that she planted in each soil), and the visual quality of the plants. 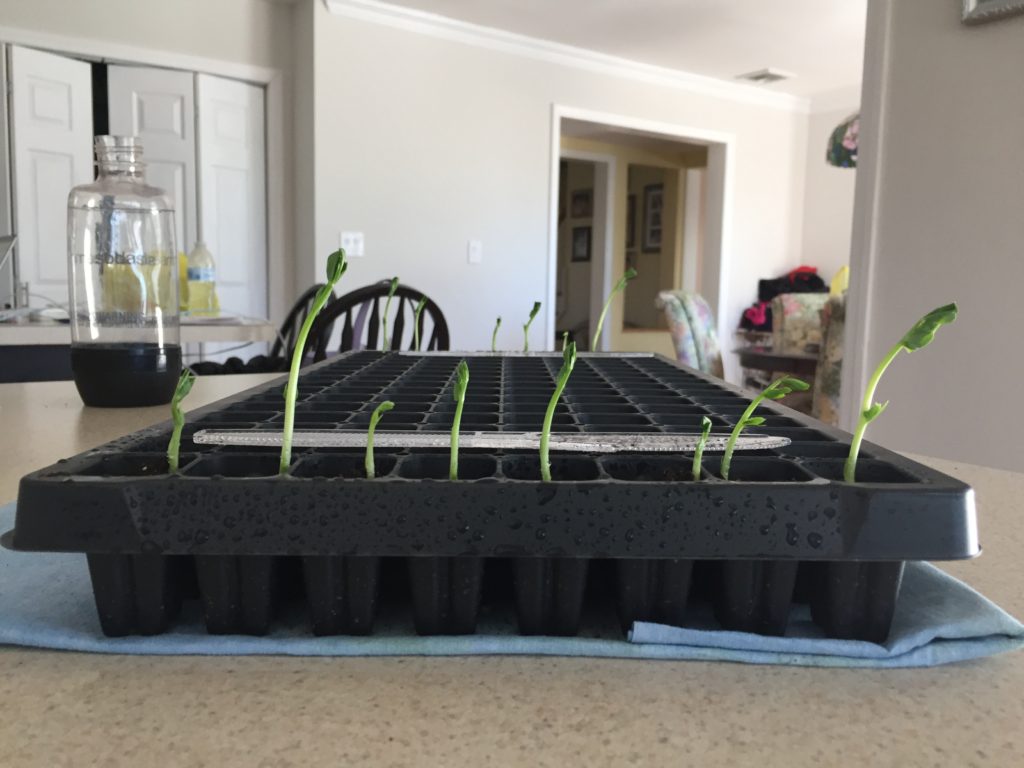 What is Miracle Gro Anyway?

We mentioned that Miracle Gro is a synthetic fertilizer.  What does that really mean? Synthetic fertilizers can have harmful effects on the environment. They have the ability to harm the microorganisms that are responsible for making both soil and plants fertile and make it difficult for the soil to hold water and nutrients. When synthetic fertilizers runoff into the water system, they can serve as pollutants by increasing the presence of nitrogen. This can cause life to quickly die off, and it kills both animals and plants in the water.  Many Miracle Gro products are full of unhealthy, inorganic chemicals, are mass produced, and they are generally composed of cheaper, low quality ingredients.

After 14 days of observing Abby’s experiment, some initial results demonstrated that two of the Miracle Gro seedlings sprouted 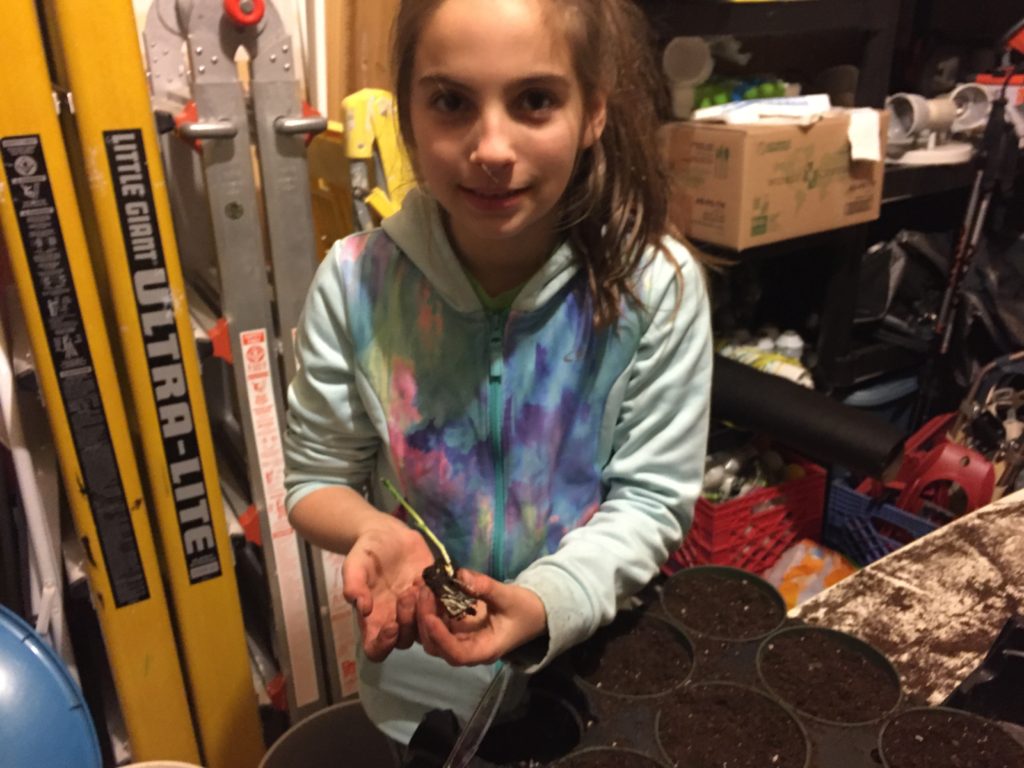 first.  However, only six out of the eight Miracle Gro seedlings sprouted thus far while all eight pea seedlings sprouted in the orgranic soil.  When Abby and I transplanted the seedlings to larger pots, we also noticed that the root systems in the organic soil plants appeared thicker and stronger.

I decided to take Abby’s science experiment one step further.  During the BioNutrient Food Association soil classes that Ann Pellegrino and I attended recently, we learned about a method used to measure the nutrition level of each type of vegetable and fruit. What a fantastic opportunity to really be able to demonstrate the nutritional value of the food that we are growing at HeartBeet Farms vs. food that is being purchased from other sources.

Using a tool called a refractometer, we can take the juice or sap from any type of 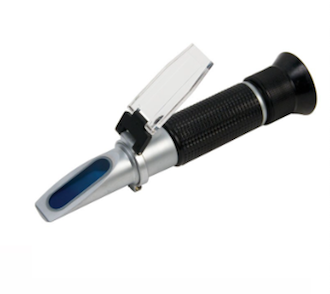 vegetable or fruit and measure its Brix.  Based on the Brix scale, it will reveal the level of nutrition that the fruit or vegetable contains.  When light enters a liquid it changes direction; this is called refraction. Refractometers measure the degree to which the light changes direction. A refractometer takes the refraction angles and correlates them to the Brix Scale.  The Brix scale (click to view the brix-chart) is calibrated to the number of grams of cane sugar contained in 100 g of water. When measuring a sugar solution, the % Brix reading should perfectly match the actual concentration.

So I thought this might be a great opportunity to take her experiment a bit further and measure the nutritional value of the peas that were grown in the the Miracle Gro plants vs. the pea plants grown in the McEnroe organic potting soil.  That will be the last step of the experiment as the plant leaves and peas develop.  I am personally excited to see the results!  Stay tuned – Abby and I will keep you posted…

…before the sunflower reveals itself 🌻

Nature does not hurry, yet everything is accomplis

Finding all sorts of goodies in the garden! 💚