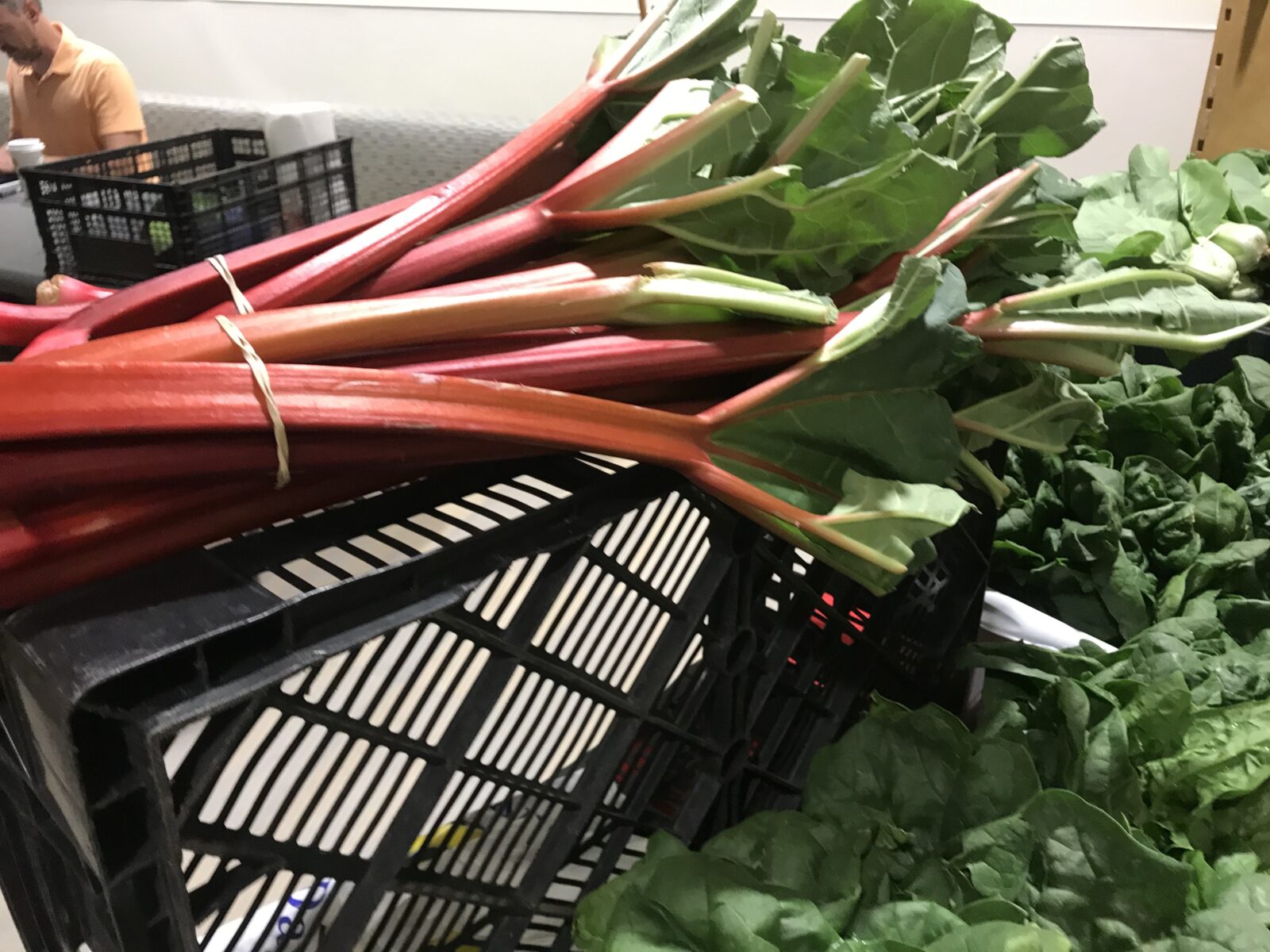 Rhubarb is a perennial plant that grows well in cooler climates. In the northeast, rhubarb thrives in the spring. Most farmstands in Long Island will offer rhubarb in early to late spring. Consumed raw, rhubarb has an intensely tart flavor that’s not generally enjoyed by many. But toss it with sugar and bake it into cake, pie, shortbread, or jam, and rhubarb’s bitterness begins to fade!

Rhubarb stalks are safe to eat, but the leaves contain a compound called oxalic acid, which is toxic to both humans and animals. The most common symptoms of oxalic acid poisoning are stomach pain, nausea, vomiting, diarrhea, weakness, difficulty breathing, and a burning or painful sensation in the throat or mouth.  However, you would have to eat several pounds of rhubarb leaves to reach a toxic level. Always remove the leaves completely before cooking with rhubarb.

Is Rhubarb a Fruit or Vegetable?

Botanically, fruits contain seeds and vegetables consist of leaves, stalks, and roots. Therefore, rhubarb would be a vegetable. However, in 1947, the U.S. Customs Court legally classified rhubarb as a fruit. Since it is most often used to make sweet desserts (like other fruits), they deemed that importers shouldn’t have to pay the higher vegetable tax on the stalks.

How to Use Rhubarb

While rhubarb most commonly used in combination with other fruits to make sweet treats, rhubarb also has several savory applications. It can be added to salsa, used to make chutney or enjoyed as a marinade for meat.

Mix together in a slow cooker, cook on low for 2 hours – and eat either warm of chilled. We had ours warm with a dollop of plain yogurt – delicious!

While this salsa can be eaten immediately, it does taste significantly better if let sit for a few days, so let it sit if you have the time.