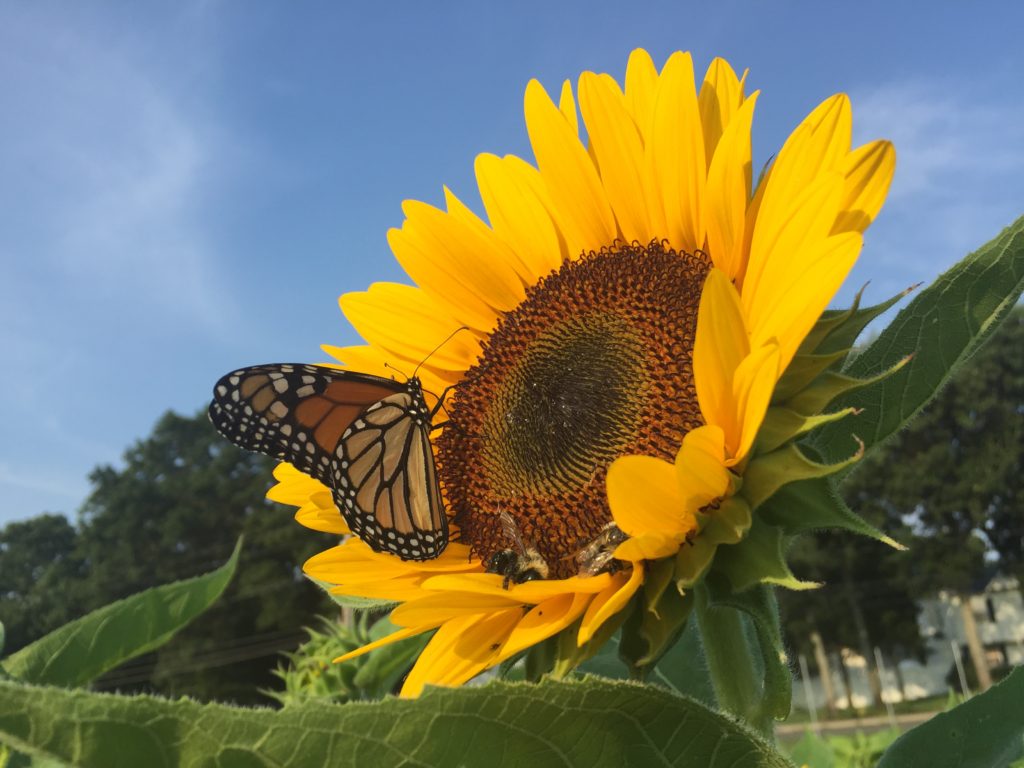 Earth Day has been celebrated every April 22nd since 1970. This year is the 50th Anniversary of Earth Day. Normally it includes events coordinated globally by the Earth Day Network in more than 190 countries.  This year it needs to be celebrated without events, but it can and should still be celebrated by each of us!

What Sparked the Need for Earth Day

By the early 1960s, there was an increased awareness of the impacts of pollution on the environment. In 1962, Rachel Carson’s bestseller Silent Spring created awareness through a true story using a composite of examples drawn from many real communities where the use of DDT had caused damage to wildlife, birds, bees, agricultural animals, domestic pets, and even humans.

In 1969, the fire on Cleveland’s Cuyahoga River was ignited by industrial debris floating on the surface of the water. Flames spread across the river, in some places reaching five stories high. This event shed light on the problem of chemical waste disposal.

Protecting the planet’s natural resources was not part of the United States’ political agenda before this time and activism was minimal around these concerns. Factories pumped pollutants into the air, lakes, and rivers with few legal consequences. Gas-guzzling cars were considered a sign of wealth. Very few Americans were familiar with the concept of recycling.

The Earth Day Concept is Born

Senator Gaylord Nelson, a Democrat from Wisconsin, was elected to the Senate in 1962. He felt that the planet was at risk.  In 1969, Senator Nelson, considered one of the leaders of the modern environmental movement, developed the concept of Earth Day after being inspired by the anti-Vietnam War “teach-ins” that were taking place on college campuses. According to Nelson, he envisioned a large-scale, grassroots environmental demonstration “to shake up the political establishment and force this issue onto the national agenda.”

Nelson announced the Earth Day concept at a conference in Seattle in the fall of 1969 and invited America to get involved. Denis Hayes, a young activist who had served as student president at Stanford University, was selected as Earth Day’s national coordinator. Denis worked with student volunteers and staff members from Nelson’s Senate office to organize the project. According to Nelson, “Earth Day worked because of the spontaneous response at the grassroots level. We had neither the time nor resources to organize 20 million demonstrators and the thousands of schools and local communities that participated. That was the remarkable thing about Earth Day. It organized itself.”

According to the EPA (Environmental Protection Agency), on the first Earth Day on April 22, 1970, rallies were held in Philadelphia, Chicago, Los Angeles and most other American cities. In New York City, Mayor John Lindsay closed off a portion of Fifth Avenue to traffic for several hours and spoke at a rally in Union Square with actors Paul Newman and Ali McGraw. In Washington, D.C., thousands of people listened to speeches and performances by singer Pete Seeger and others, and Congress went into recess so its members could speak to their constituents at Earth Day events.

The Main Goal of Earth Day

The main goal of Earth Day is to raise awareness of the negative impact our actions as mankind have on our environment and Earth as a whole.  The 2020 Earth Day theme is climate action. This theme is very interesting in light of 2020 being the year of the coronavirus.

Although the virus has been extremely detrimental to many humans and the economy as a whole, the virus has had a very positive impact on the Earth and its climate – even if only temporary.  As we paused our normal rush of daily activities, the Earth has been able to breathe again.  This ‘positive’ impact is something to reflect on. We should consider how to retain some of the positive environmental changes as we create our new normal.

How Can You Celebrate Earth Day in 2020?

Wouldn’t it be wonderful if every one of us took one action today (and every day) to support Earth Day and open our eyes to appreciate the planet we live on? Here is a list of things you can do to participate today and every day:

…before the sunflower reveals itself 🌻

Nature does not hurry, yet everything is accomplis